Today’s one of those days I’m overcome with emotion.  We celebrated my father-in-law’s 80th birthday.  Those of you who know him know what a rare, exemplary, yet humble man he is.  He raised four boys who are men of integrity and goodness.  I have the privilege to be married to one of them.  I often joke saying I married Opie, being raised in a Mayberry environment of honesty, fear of God, integrity, hard work, faithfulness, commitment, and compassion.  It’s an honor to have such a legacy for my own boys who are growing into their own manhood. 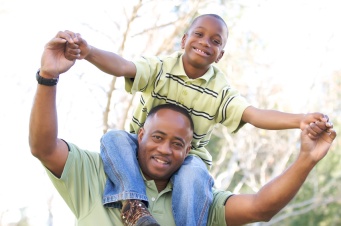 I also saw about twenty men today singing “Triumphantly the Church Will Rise” at the end of our church service.  Twenty men from thirty to eighty-five.  As I looked in their faces, I knew each of these men were good, honorable men.  Men with legacies behind them and in front of them they are quietly making impact in.  My heart was overwhelmed with joy and heartache for men, like them, who are needed and missing in action.

I don’t get too hyped by elections because I know it’s individual homes that make a nation.  “As the leader goes, so goes the nation.”  Many homes in our communities are missing good leadership.  Everyday I interact with kids whose leaders in their lives are physically absent, emotionally absent, or chasing after self-destructive priorities.  This state of the union is not confined to inner city or back roads rural communities.  It’s in every neighborhood, every socioeconomic class, every race and religion.  It’s an epidemic.

Last year when the Superbowl came to my state capital, there were outcries in the Christian community about sex trafficking.   Yet I wondered why we weren’t holding men accountable who solicit casual, abusive sex?   I get frustrated as I work with women traumatized by sexual abuse and relationship violence.  Where is the outcry and accountability for men who misuse and demean women and children?   Where is accountability for raising children instead of just fathering them?  Where can we invest in the lives of men and boys raising the expectations, allowing them to be all they desire to be in their heart of hearts?

Our nation, our communities, the children in our neighborhoods and homes need more than just a few good men.

I’m tired of violence, sex, drugs, and misplaced priorities. I’m tired of young veterans committing suicide.  I’m tired of story after story of adult women and men trying to heal from childhood sexual abuse.   These are the things weighing down our nation.  It’s not Obamacare or debt.  It’s the soul and spirit of each child sitting in our classrooms, their parents hurting from their own brokenness.  Help won’t come by one more term.  Hope comes by honorable men sharpening other honorable men and reaching out to men who need mentors.  By women affirming the honorable men in their lives rather than tearing them down.   It comes by walking away from things that are wrong for the sake of children rather than indulging in momentary pleasures. It comes by talking honestly about things men struggle with rather than thinking it doesn’t happen, and having safe places for accountability and strength.

As I looked in the faces of men I respect today, my heart broke for those who don’t have one person in their life who models the heart of a kind, strong, and generous Father.   My heart cries for multiplication of more than just a few good men.

Our Father:  “The Lord, The Lord, the compassionate and gracious God, slow to anger, abounding love and faithfulness, maintaining love to thousands and forgiving wickedness, rebellion and sin.”   Exodus 34:6-8